We missed you hissed the lovecats…

Unimog is an italian band. We don’t really know much more than that… two people playing “music”. The word is quoted because you can’t really call it that way and even try to describe what they play gets difficult, what we heard was basicly a distorted bass-line and the kind of vocals you can expect to came out of a cave. Low distorted tunes, primordial growls but fascinating in some way. Don’t even ask how we get in touch with them, they aren’t exactly familiar with what you can call interviews and stuff like webzines, just enjoy the chat and hope not to hear them play. Ever.

Q: Would you like to introduce the band? A: Well we have known each other since more or less a lifetime ad at a certain point we just grab our basses and raised the volume. I don’t know if this could be called a proper “band” we just do what we feel like and obviously we don’t care. Most of the time it’s just us jamming for an endless time. And don’t think about complicated stuff, because one starts playing a riff and the other one follows adding what he feels like to the main theme, so our so-called “jams” are nothing serious, we have respect for those who jam the right way (laughs).

Q: What about the band’s name? A: It is a off-road vehicle made by Mercedes-benz. We prefer the 70’s vehicles to be honest, the ones without all that electronic shit, they were so great. Nowadays there’s too much electronic stuff everywhere, even in music, and we’d like to react going the other way with what we play, I don’t really think we will ever sound like much modern bands do. To hell with pro-tools! (laughs) We decided to call ourselves like that because we like to go outdoors where noone usually go, and that vehicle can bring you there, pretty much like when Kyuss used to play in the Death Valley, what we dreamt about was playing in a rather inaccessible place.

Q: And where do you usually play? A: It depends on how high the volume can be! Usually we play in one of our places at a low volume, but when it becomes necessary to make some serious noise we just rush in a workshop. In a workshop? Yeah, we know the right people to do that.

Q: Before you were talking about Kyuss, what artists have influenced you? A: Kyuss were absolutely among those who had a leading role in influence what we do. It’s always a matter of attitude and, of course, of the way they sound. I could say that Sunn 0))) are perhaps the biggest influence, great people and deep, slow and low-tuned  sound. Dark Throne are another if not for the music, for sure for the attitude and for doing what they want and what they feel. Then I can’t forget the Melvins, perhaps the biggest example of indipendence in today’s music… and tons of other bands like Neurosis, Converge, Electric Wizard, Sleep, Winter and, what the hell, the first six Sabbath albums!!! (laughs)

Q: What do you think Unimog is all about, then? A: Damned if I knew! (laughs) We are just a couple of friends doing what we like. If I wanted to be pompous I’d say we are about freedom of experssion, darkness, heavy music, but that’s bullshit and I don’t believe it at all. We are just free and we can’t really take any kind of label on what we do. We don’t like to discuss about it, we don’t like to give explanations or anything, that’s it. This is not something made to get a contract or to please people, like it or not. If it is so… why are you answering now? Because you were so kind to ask for an interview and because I felt like it!!! You know, usual things (inclucing people and music) are so damn boring, and I haven’t answered an interview yet!!!

Q: Will you ever record anything? Will you ever play live? A: Uhm… I don’t know, how did you get to hear us? I won’t say that… that’s right, you get the point. As I said before we do what we feel like, we live the moment, you know? If we will be able to record anything satisfying and the moment is right, then it could happen (there might be some bootleg recordings, I don’t really know). And we even played live once. It was a kind of a festival and a friend of ours asked if we’d like to join in. He had to ask several times, really (smiles)… but finally we played and had a good feeling out of it, it was just bass and vocals but i guess we scared the shit out of someone! There was no plan, we just dropped in and play, we preferred the version with “vocals” so there was a bass only. Some said we sounded like an elephant, others, linstening to our rehearsals, said like a dinosaur, we appreciated that! Horns up!

This time I don’t wanna listen!

The cult is very much alive! 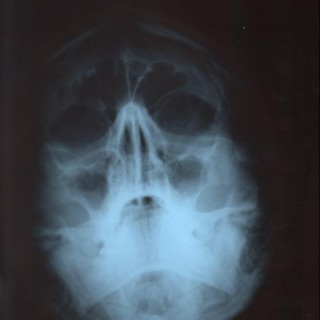 Free Spirit, Metalhead with a head, Vegetarian, Nonconformist, Misanthrope, Agnostic, True to myself only. I don' eat zoomorphic cookies too...

Looking to promote the best that metal music has to offer!

Death to the Feeble Masses

Satan Is A Lady

Reviews for any metal and rock music

be rock be cvlt

How heavy metal reached the peak of its stupidity with me

Psychonly (... but not only psych)

Note in lettere, per l'appunto.

Not only a music blog

Just another wanderer on the road to nowhere

our souls are birds
fardrock.wordpress.com/

Everyday life in the North Cape & North of Norway

Amazing adventures waiting to be discovered